Carley Garner was in studio for CNBC's Mad Money! 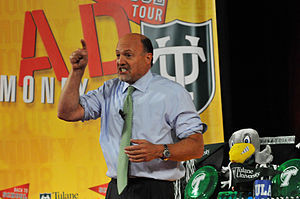 Carley Garner and Jim Cramer talk about Copper and Gold!

Cramer has always said that copper is an important metal that could provide investors with a great read on the state of the global economy, as well as gold which hit an eight-month low on Thursday. He uses copper as a reading especially for China.

That is why Cramer spoke with Carley Garner, a technician and co-founder of DeCarley Trading (a commodity brokerage) and author of "A Trader's First Book on Commodities." She is also Cramer's colleague at RealMoney.com.

Copper has been on a massive downtrend for months now, but when Garner looked at the charts she thought that maybe the downward slide could be coming to an end. Copper has traded above $2.40 for the past decade, with exception of the financial crisis in 2008.

However, this week brought some volatile action which resulted in the price dropping to $2.38 and quickly reversed into the mid $2.50s. What does this mean?

For more click on the thumbnail image below to access the video archive of Garner and Cramer discussing the gold and copper commodiity markets.