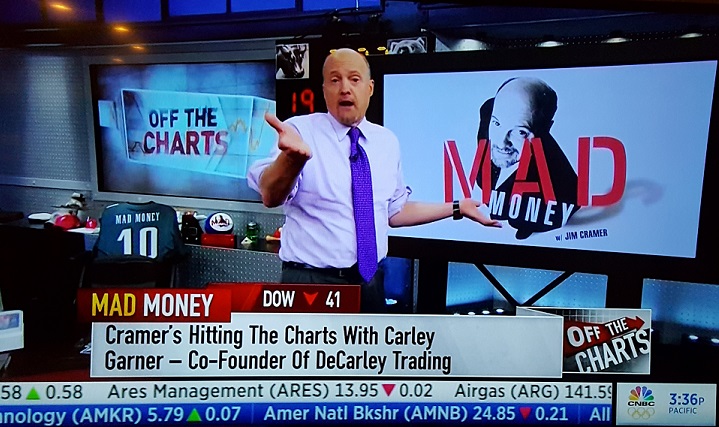 "Yes, despite all of the naysayers, commodities have finally caught a bid, after bleeding value for ages." ~ Jim Cramer

Jim Cramer, host of CNBC's Mad Money frequently consults with Carley Garner, commodity broker and futures market analyst, for an opinion on the direction of the commodity markets.

On the March 22nd episode of Mad Money, Jim featured Garner's commodity index analysis in the "Off the Charts" segment.  Charts discussed were the Goldman Sachs Commodity Index, and the Dow Jones Commodity Index.  Both charts suggest a commodity market breakout could be in the works!

Click here to view the archive of this Mad Money segment featuring our futures market analysis!