Bandwagon bulls in crude oil signal the rally might be due for a pause.

The crude oil rally could run out of buyers

The price of oil has defied the expectations of many, but now that the masses are jumping on the bullish bandwagon the market is likely reaching a near-term inflection point. Specifically, we have our eye on the Commodity Futures Trading Commission (CFTC) Commitments of Traders Report (COT); according to the report, large speculators have amassed roughly 340,000 net long contracts and over 400,000 if you count the positions of options traders. Such levels have provoked market reversals in the past simply because the buying power dries up; I suspect that is what is in store for the oil market in the coming weeks. 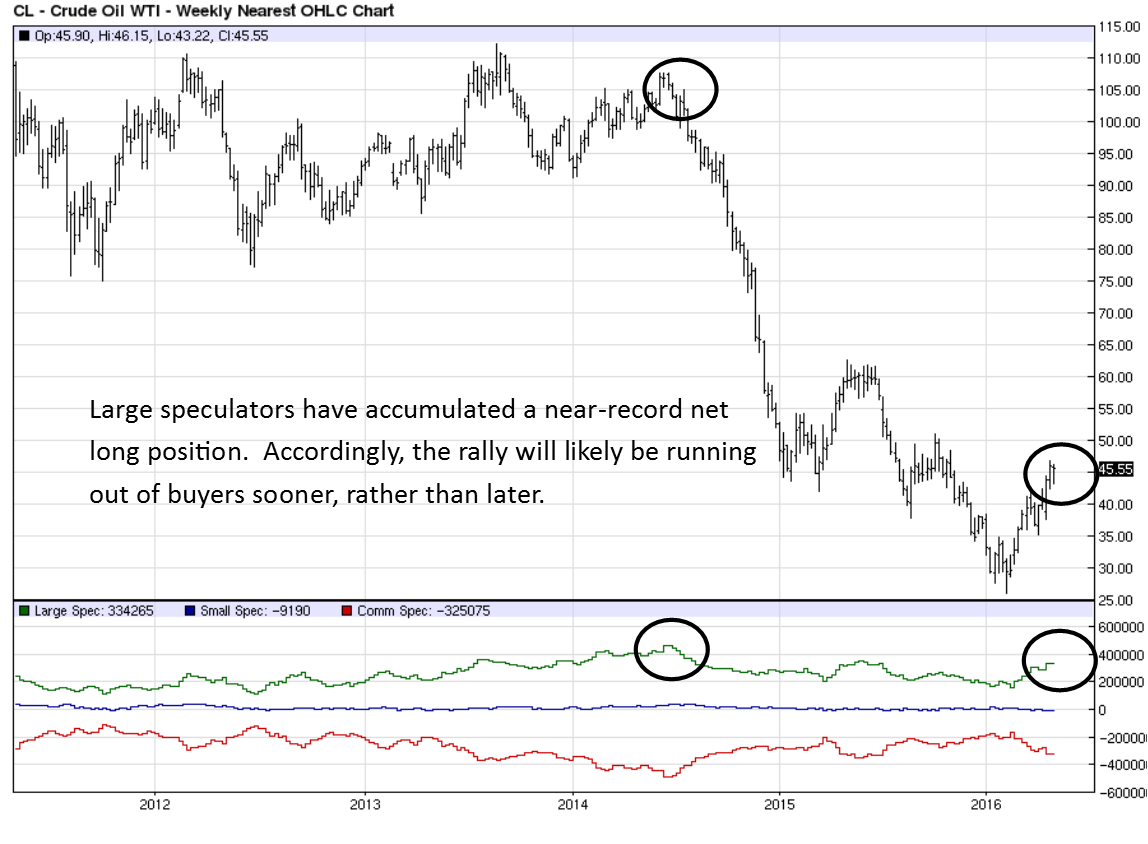 You might recall, large speculators were holding about 450,000 net long futures contracts just before WTI crude oil peaked in mid-2014. However, prior to that oil had a propensity to reverse rallies once large speculators grew their positions into the mid-300,000s (remember, we are now at 340,000 let longs). We also saw crude oil prices plummet from a $60 per barrel price as this group of traders reached about 340,000 net long contracts in mid-2015. In short, without some dramatic change in fundamentals, it might be difficult to find enough fresh oil buyers to keep the existing upswing intact.

Supporting our premise of the potential of a stalled rally is the fact that seasonal pressures for the month of May tend to be bearish to neutral for crude oil. In other words, more often than not, WTI crude oil futures soften moderately this month due to annual cycles. Further, after a massive flush in the US dollar earlier this week, it appears a reversal is in play. We aren’t bullish the greenback, but it is clear the momentum is higher for now. A firmer dollar will ultimately be a burden to the oil rally.

Does this mean crude oil is headed back to the $20s, bringing the equity markets along for the ride? I highly doubt it. Nevertheless, the oil market has carved out a well-defined up-trend price channel and we’ll likely continue to see prices fluctuate within its boundaries. Consequently, there should be swift resistance in crude oil near $49/$50, but any corrective pullback should be limited to the low $40s. 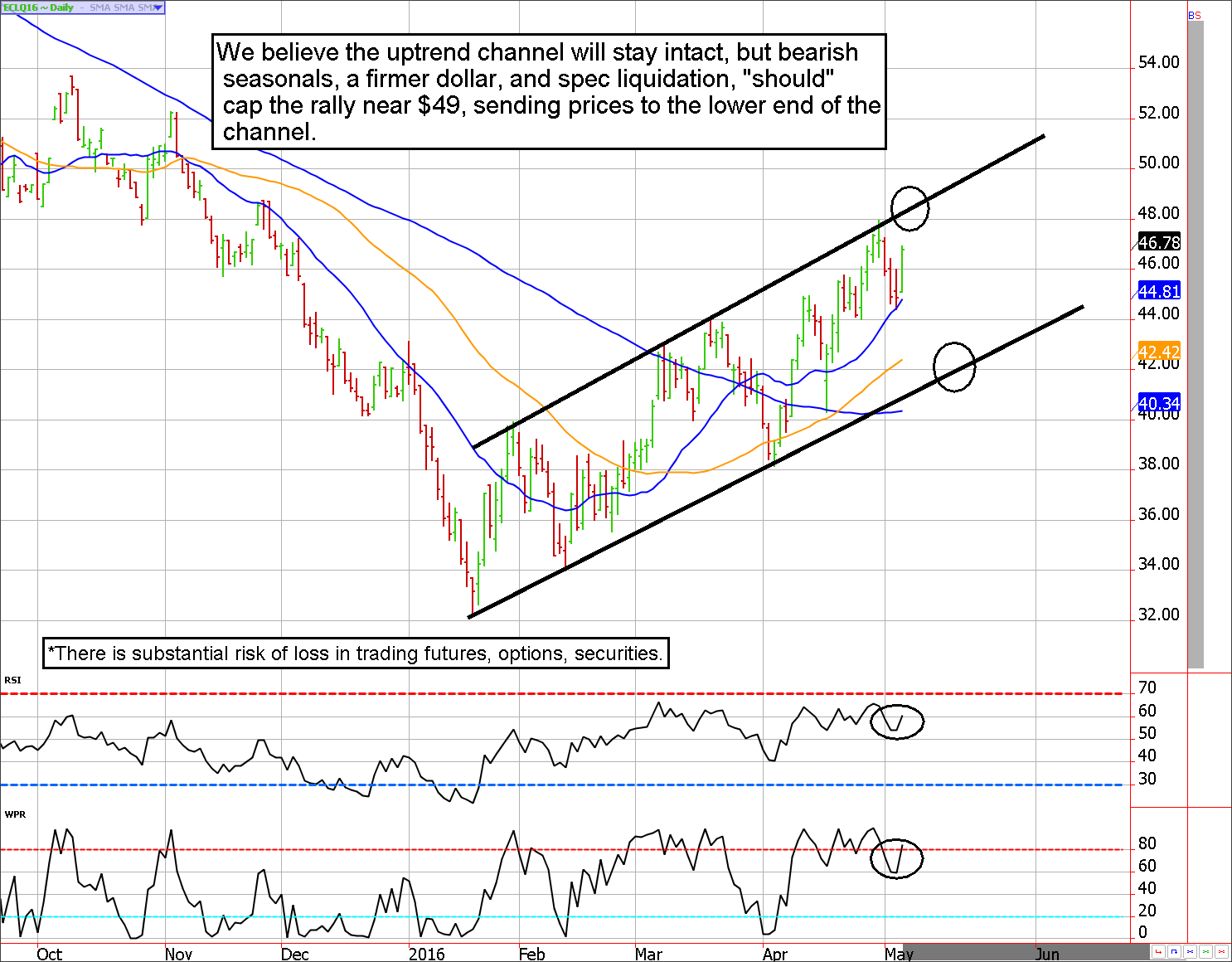 Crude oil futures are up sharply this morning on news of potential supply disruptions at the hands of a fire in Canada, and an uptick in Middle East tension. However, there isn’t any evidence pointing toward these events as being potential game changers. Instead, we believe they simply caught some of the short sellers into yesterday’s weakness off guard. Those short sellers are now scrambling to buy back their contracts. Routinely in these types of situations, the market overprices the impact of the supply interruption, then relaxes in the coming days as reality sets in. So be careful trying to chase prices higher, the most probable outcome of this move will be failure in the high $40s.